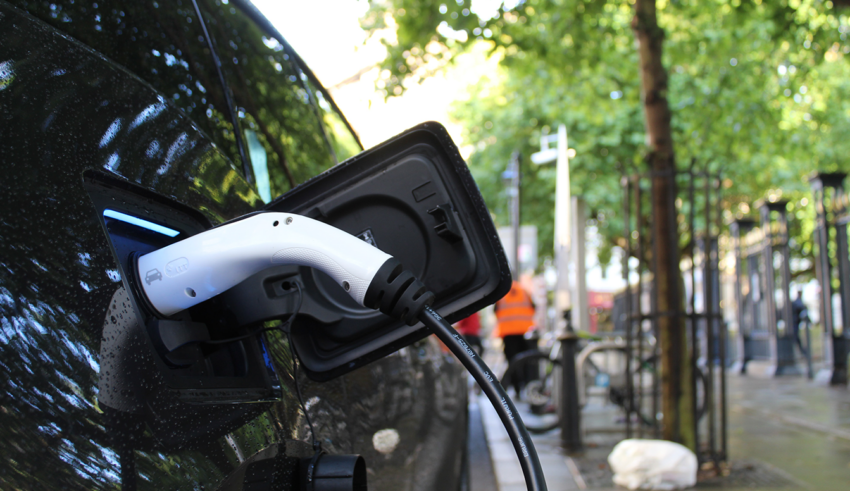 The UK’s transport sector emissions have been flatlining for years. If this is to change, government policy needs to take a system-wide approach to cutting transport emissions argues Nick Molho, Executive Director at the Aldersgate Group.

The UK has a pretty good story to tell on climate change so far. It has grown its economy by around two-thirds since 1990, whilst reducing its emissions by around 42% over the same period. Its emissions today are at a similar level than in 1890 when Tower Bridge was being built.

The transport sector is not pulling its weight

This positive trend however masks a far more complex reality. Most of the progress in cutting the UK’s emissions has happened in the power sector, where the use of coal plants has declined markedly in recent years, with increasing output coming from gas plants and growing renewable energy generation.  In other parts of the economy, the picture is not so pretty. According to the Committee on Climate Change—the government’s independent statutory adviser—emissions from buildings went up by 1% in 2017. In the transport sector, emissions have flatlined for years and now represent 28% of total UK greenhouse gas emissions, making transport the largest emitting sector of the UK economy.

This picture is problematic. If the UK is to deliver its existing climate targets—let alone more ambitious ones—it needs to almost eliminate transport sector emissions over the next three decades. So why has there been so little progress? Lack of policy ambition has clearly been an issue but a more fundamental problem resides in the tendency of policy makers to focus on different parts of the transport sector in isolation from one another. That’s why in a recent report, the Aldersgate Group called on the government to take a system-wide approach to improve the overall efficiency of the transport sector and deliver deep cuts in emissions. There are five key elements to this.

Five measures for an efficient and clean transport system

First, instead of having separate road and rail strategies, the government should have an integrated transport strategy. When upgrading existing or commissioning new infrastructure, this would allow government to consider which major capital investments would deliver the best environmental and economic return. This would have a positive knock-on impact on efficiency and emissions.

Second, with 72% of urban journeys being under five miles, there is clearly a case for local authorities to be more involved in developing their own integrated and low carbon transport systems. This is already happening in London and Manchester to an extent but it needs to happen across the country. To do this, local authorities will need to be better co-ordinated but they also need devolved long-term funding that can allow them to invest in long-term strategies and infrastructure to drive efficiencies in local transport.

Third, urban planning requirements need to put far more emphasis on how the public can access key local services and employment through sustainable forms of transport be it by walking, cycling or public transport. A good example of this approach can be found in Denmark, where the Nordhavn area in Copenhagen is being designed in such a way that all shops, institutions, work places, cultural facilities and public transport can be accessed within 5 minutes’ walk. Connection to sustainable forms of transport should be made a greater priority and be included in planning requirements for new housing.

Fourth, government policy needs to rapidly grow the UK market for zero emission vehicles. This matters both environmentally and economically. Following a string of negative announcements from the likes of Jaguar Land Rover, Ford and Honda, it is clear that the UK car industry needs a new strategy if it is to have a brighter future. The global transition to zero emission vehicles, a market that could be worth up to £2tn by 2030, provides a clear opportunity for the sector. To seize it, the sector needs a strong domestic market with demand driven by tightening vehicle emission standards and guaranteed consumer grants until the mid-2020s, by which time zero emission vehicles are expected to reach cost parity with conventional vehicles.

Finally, as the transport sector decarbonises and as tax revenue from fuel duty declines, the government will need to fundamentally change the current road tax system. A new system of road pricing, based on distance and time of travel, can help not only provide a stable flow of revenue to government but also incentivise more sustainable travel behaviour.

The economic and environmental necessity to cut transport emissions is clear and the case for acting is urgent. The challenge ahead is a complex one that can’t be solved by relying on new technologies alone. It also requires a fundamental improvement in the overall efficiency of the transport system. If the government is to deliver deep cuts in transport emissions, it must work across departments and respond to this challenge with the comprehensive policy approach it demands.