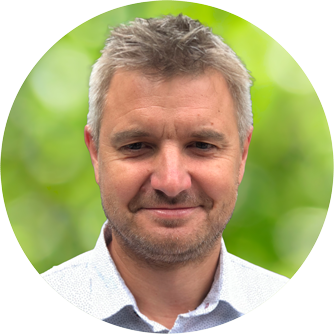 Daniel Johns is Managing Director at Water Resources East, the independent, not-for-profit membership organisation tasked by Government to create a long-term water resources plan for the east of England.

Daniel was previously at Anglian Water and before that a senior civil servant at the Department for Environment, Food and Rural Affairs. During his time there he led on low carbon business and technology policy, carbon capture and storage, and developed the concept of a whole-house approach to energy efficiency. He also reformed how flood and coastal defence projects are funded in England and with the insurance industry developed the subsidised flood insurance scheme Flood Re. He then spent four years at the Committee on Climate Change where his team compiled the first statutory report to parliament on preparing the country for climate change, and led a virtual team of toward 100 authors to compile the 2017 UK Climate Change Risk Assessment. He currently chairs the National Flood Forum and the steering group for the UK Water Efficiency Strategy, and is a member of Defra’s Lowland Agricultural Peat Taskforce. He is an ex-chair of Governors at John Burns Primary School in Battersea and remains involved leading a project to deliver a whole-school climate change retrofit. Daniel became a CIWEM Fellow in 2020.