UK trade policy must be aligned with environmental and climate goals 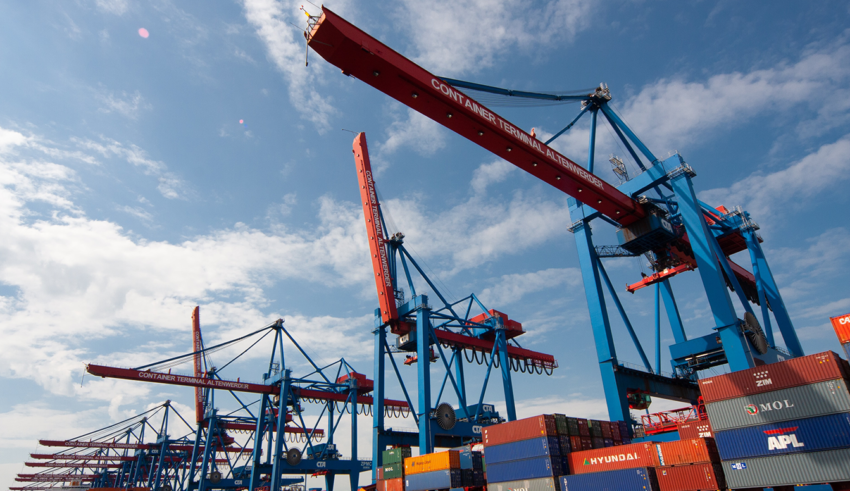 In its latest briefing out today, Aligning the UK’s trade policy with its climate and environmental goals, the Aldersgate Group calls on the UK government to ensure its upcoming trade agreements are supportive of the UK’s environmental and climate ambitions. The Group argues that putting environmental and climate considerations at the heart of trade deals will strengthen the competitiveness of UK businesses, protect the UK’s right to regulate to achieve its domestic targets and strengthen the UK’s international standing through the promotion of high environmental standards and best practice on the world stage.

Nick Molho, Executive Director of the Aldersgate Group, said: “Free trade agreements could strengthen the UK’s competitive advantage in the growing global market for low carbon goods and services [2] and increase the UK’s international standing by promoting high environmental standards and global climate co-operation. But without the right provisions, these agreements could make it harder for the UK to achieve its domestic targets and could create an uneven playing field for British businesses forced to compete with imports abiding by lower climate and environmental standards.”

To maximise opportunities, today’s briefing argues that future trade agreements should include enforceable environmental provisions, such as a reciprocal commitment between trading partners to deliver the goals of the Paris Agreement on climate change. It calls on the Trade Bill to provide for robust parliamentary and stakeholder scrutiny of the environmental impacts of free trade agreements and encourages the government to prioritise the removal of barriers and lowering of tariffs for trade in low carbon goods and services.

To minimise risks, the Group argues that the UK’s right to regulate should be clearly enshrined in future trade deals and that the government should avoid agreeing to any kind of dispute settlement or regulatory co-operation mechanisms that could impose restrictions on its ability to introduce new climate and environmental policies in the future. In parallel with its trade policy, the briefing also calls on the government to put in place ambitious domestic policies such as product standards to grow the market for low carbon goods and services and require all businesses active in the UK market to comply with the same standards.

Alan Tinline, Head of Environment at ABP, said: “ABP welcomes this briefing setting out how the UK can develop an ambitious trade policy which grows trade and enhances environmental standards. As the UK’s leading port owner and operator, ABP is committed to working with government and industry partners to build sustainable supply chains for UK businesses. An ambitious trade policy can further boost UK exports in low carbon technologies, goods and services, helping to achieve shared objectives on decarbonisation, sustainable trade growth and economic rebalancing.”

Shaun Spiers, Executive Director of Green Alliance, said: “If the government is to become a true global leader on climate action, it must use the current opportunity to promote a net zero trade policy. This will benefit both business and the environment. It will be much easier to achieve if the UK gives top priority, in the coming months, to forging a close future environmental partnership with the EU.”

Nick Blyth, Policy Lead at IEMA, said: “There are internationally some concerns around ‘barriers to trade’ and the notion that additional carbon accounting requirements (for example on products) could economically disadvantage some countries. However, at the same time, carbon itself is a growing global commodity, its trade recognised as having a role in implementing the Paris Agreement and in transitions to net-zero. Trade deals and governments must all factor in and support this developing market and address concerns around leakage, competitiveness, and offshored emissions.”

Mike Cole, Head of Public Affairs UK & ROI at Michelin, said: “In this post Brexit new world, the UK will forge new trading relationships with its longstanding partners. It is absolutely vital, however, that no compromise is made on the exacting environmental standards on which the UK is at the forefront. Indeed, the UK will have the opportunity to leverage its excellence and expertise in the low carbon field to grow and expand the sector both at home and abroad. To that end, ensuring a level environmental playing field at the highest possible level will be absolutely crucial.”

Nick Shenken, partner at TLT LLP, said: “As we move towards net zero there’s a real opportunity for the UK to develop a green economy, and aligning the UK’s trade and climate policy would provide a strong foundation from which to shape this future. It would also allow the UK to foster green supply chains which in turn will boost economic recovery, provide jobs in sectors such as clean energy, and allow the UK to take advantage, both at home and via future exports, of the growing market for low carbon goods and services. Key to the latter however will be a joined up government approach so that DIT have clear forward visibility on UK energy policy and are well positioned to negotiate trade agreements that promote trade in those low carbon goods and services on a level playing field.”

Nick Shenken, partner at TLT LLP, added: “Just as importantly, there’s an opportunity for the UK to use FTA negotiations as a method by which to show international leadership in the context of climate change generally – if more detailed, enforceable provisions can be negotiated which incentivise our trading partners to promote similar environmental standards (and not allow those standards to regress), this will maximise the impact that the UK has.”

[1] On 1 June 2020, around 200 business leaders – including several Aldersgate Group business members – wrote to Prime Minister Boris Johnson and called for an economic recovery plan aligned with the UK’s net zero target and other environmental goals. More information is available here