What higher gas prices mean for UK heavy industry, and how decarbonisation can come to the rescue 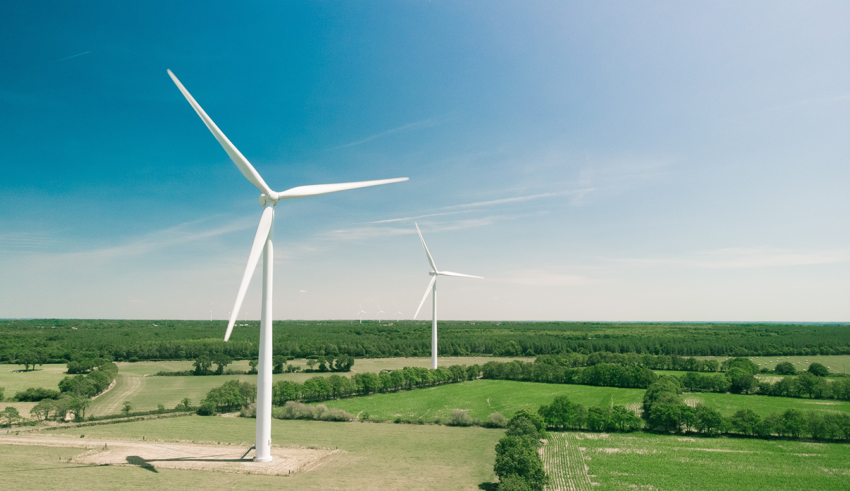 Headlines recently have been dominated by news of significant increases in wholesale gas prices, which have gone up by 250% on January levels. [1] At the corporate level, immediate impacts include companies unable to weather higher costs seeking financial assistance from government, going under or pausing production. In the UK context, this comes on the back of wholesale industrial electricity prices already being higher than those on the continent by between 25%-44%,[2] placing a further strain on business competitiveness and undermining the economic feasibility of electrification even as gas prices continue climbing.

But this unfavourable context by no means diminishes the urgent need to cut emissions in sectors where gas provides the bulk of the feedstock, including the power sector, buildings, and heavy industrial production. So beyond addressing the important, immediate implications of high gas prices and safeguarding consumers and industry through emergency measures that do not undermine the UK’s net zero target, this crisis clearly shows the need to diversify our energy supply in the long term and make electrification far more cost competitive.

How can we reduce gas dependency?

This question was already gaining traction in government and industry, well before the current spike in gas prices, and has returned to headlines this week with Boris Johnson’s pledge to ensure all power in the UK comes from renewable sources by 2035. [3] The need to cut industrial emissions as required by the UK’s net zero target means less reliance on gas and a switch to clean electricity, low carbon hydrogen or low carbon biofuels. The Aldersgate Group’s extensive engagement with sectors including chemicals, steel, ceramics, glass and cement shows [4] that for this to happen, these industries urgently require supportive interventions in two key areas:

Industry players are already engaged in electrification and fuel switching trials, with businesses recognising the important innovation and competitiveness opportunities associated with it. For instance, CF Fertilisers, one of companies that suspended fertiliser production at two UK plants following the hike in gas prices recognises that in the future, ammonia feedstock could switch from gas to green hydrogen produced from electrolysis. This would not only reduce gas dependency, but also drive significant emissions reductions: in Scotland’s chemicals sector, it has been estimated that 46% of all emissions reductions in 2045, relative to 2018, may arise from fuel switching. [5]

How to make electrification cost-competitive and what happens when the wind doesn’t blow?

If electrification is the way to go for cutting emissions and reducing gas dependency, some might rightly be concerned about the other part of recent headlines: wind and solar output has also been low recently, with lower winds leading to less renewable generation. However, with the right policy approach, government can ensure that crunches in supply do not become a significant issue.

Reducing dependency on gas and delivering energy security can actually be tackled together with a long-term strategic plan. For example, each 1GW of interconnection capacity can reduce UK wholesale electricity prices by 1–2% by making low cost, low carbon imports from other markets available. [6] In addition, by restoring UK participation in the day-ahead electricity markets with neighbouring EU countries, the absence of which is currently estimated to result in £45 million in lost trade in 2021, government can help achieve a better balance between supply and demand.

Beyond stronger links with other markets to mitigate the impact of peaks and troughs in energy supply, creating a clear route to market for mature, low cost renewables is equally important. Government has recently announced £265m to support the CfD scheme, bringing to market extra offshore wind capacity, as well as onshore wind. As the cost of renewable technologies and the policy cost of renewable projects have both gone down significantly in recent years due to economies of scale and technological improvements, supporting further renewable deployment through the CfD scheme, ‘matchmaking’ with industry, and Power Purchase Agreements is the other piece of the puzzle.

For instance, Doggerbank A, the first phase in what will be the world’s largest offshore wind farm, is scheduled to begin generating in 2023 with a required electricity price of just £40/MWh – far lower than the £140/MWh required for Hornsea 1, the world’s current largest windfarm, completed in just two years earlier in January 2021.

The implementation of these low regret policy options will help create a more resilient, affordable, and low carbon power system while also helping businesses decarbonise whilst remaining competitive. To ensure the UK’s energy system and economy emerge from the current crisis in a strong position, the Government must respond to the latest price hikes with both immediate and long-term measures.