The road to frictionless conservation 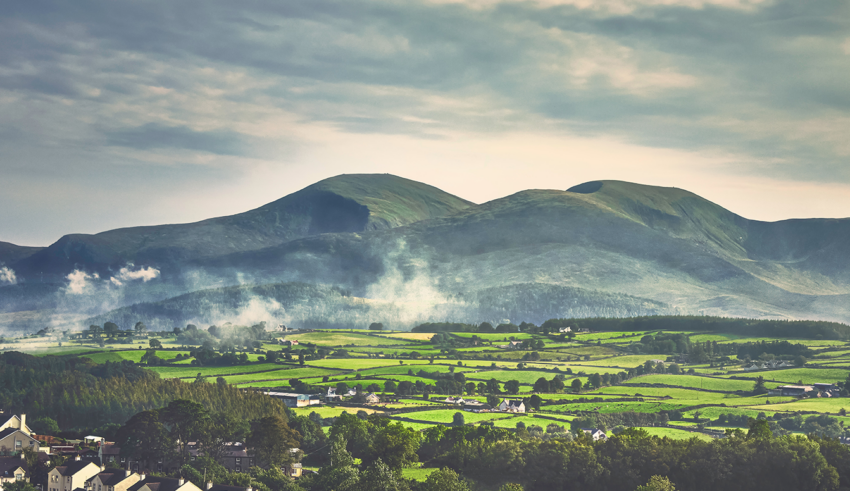 Alistair Taylor, Senior Policy Officer, Nature Directives at the RSPB and Martin Casey, Director of Public Affairs Europe at CEMEX argue in this joint blog that there is an urgent need for political rhetoric to be reflected in real action on the ground.

Much has changed since the EU Referendum on 23rd June 2016, not least the profile of environmental issues between the pre- and post-referendum debates. At the time of the referendum, the environment was low on the agenda, amidst ongoing denials from government that Brexit would have any significant implications for environmental governance or standards.

Since then much progress has been made in raising the profile of the implications of Brexit for nature protection, and in securing both political recognition and commitments to take appropriate action. By the time of CEMEX and RSPB’s first joint blog in May 2018, environmental issues were no longer side-lined in the debate, and the Secretary of State for Environment had acknowledged the need for a new body to address (in part) the governance gap that would be an inevitable consequence of Brexit.

Responding to the launch of a consultation on a new environmental watchdog, our joint blog highlighted the need for clear and consistent regulation, and the vital role of science-based and outcome-driven guidance and implementation as preconditions for both sound business and sound nature conservation.

By the time of our second joint blog in August 2018, the European Union (Withdrawal) Act 2018 had received Royal Assent. This Act required the Secretary of State to publish a set of environmental principles and provisions for establishment of a new environment watchdog for England as part of what would become the Draft Environment (Principles and Governance) Bill 2018.

This represented significant progress, but significant flaws remained in the legal, and policy frameworks.

What has happened since?

Governments in Westminster, Holyrood and Cardiff have now publicly acknowledged the environmental issues and threats arising from Brexit and, in some cases, are making bold promises about how these will be tackled, while in Northern Ireland the current lack of a Government precludes such statements or promises.

For England, the Draft Environment (Principles and Governance) Bill 2018 has been published, setting out proposals for a new Office for Environmental Protection, and for incorporating environmental principles into UK law post-Brexit. Public statements from Government would suggest that these will be incorporated into a promised Environment Bill. This, they suggest, will be much broader in scope and include targets for nature’s recovery, as well as proposals to mandate ‘Net Gain’ for biodiversity on new developments in England (as announced by the Chancellor in the recent Spring Statement). The UK Parliament’s Environment Food and Rural Affairs and Environment Audit Committees are both producing reports for the pre-legislative scrutiny of the Environment Bill. The EAC has published its report today and EFRA is expected to follow shortly.

In Scotland and Wales, consultations have also been published on Governance and Principles, indicating that here too the need for this gap to be addressed has been recognised.

The progression from denial to acceptance and now to commitments is very welcome and reflects phenomenal NGO and business engagement. The message that well implemented and enforced legislation requires effective and properly resourced regulators to support regulated industries and, where necessary, take enforcement action, has been coming strongly both from individual businesses and NGOs, and from groups where the voices of our two sectors combine including the Aldersgate Group, and the Broadway Initiative.

However, welcome as this progress is, there is an urgent need for political rhetoric to be reflected in real action on the ground, with many pressing issues yet to be adequately addressed in any of the four countries of the UK – let alone effectively coordinated or managed across the boundaries of those four countries.

The recently published UK 6th National Report to the Convention on Biological Diversity (CBD) confirms that the UK is far from being on track to fulfil its global biodiversity targets, despite Government rhetoric talking up the UK as a world leader on the environment.

Regardless of the Brexit outcome, which at time of writing remains highly uncertain, Governments in all four countries will need to address at least the following issues:

– If a single watchdog for the whole of the UK (accountable to all of the UK’s parliaments) is politically unachievable then in all four countries there is a clear need for a robust and truly accountable watchdog independent of Government. All watchdogs should coordinate with their equivalent bodies in the other nations of the UK, so that standards are not compromised in any part and consistency is maintained for the natural environment and business;

– Environmental principles must be enshrined in law, and applied to all statutory bodies and all levels of decision-making processes (law, policy, implementation);

– There is a pressing need for robust enforcement so that those businesses who work to do the right thing no longer see those who don’t being rewarded as a result of inadequate regulation and enforcement action;

– To help drive progress on the ground robust and binding environmental targets enshrined in law are needed, together with appropriate metrics and accountability;

– These targets must be owned and delivered across all relevant Government departments, for example the Ministry for Housing, Communities and Local Government, together with Local Planning Authorities, has a critical role to play in delivering proposals including, for example, a Nature Recovery Network and Net Gain in England, and a National Ecological Network in Scotland.

Common cause for conservation

A failure of all Governments to date has been a lack of clarity and transparency about how they will work together to meet shared environmental challenges, recognising that the environment does not respect national boundaries and that management of shared resource requires common minimum standards. In any post-Brexit scenario, there remains the potential for divergence between the environmental standards of the UK’s four countries, and a race to the bottom in terms of environmental ambition and achievement. There is already evidence across the UK that this is happening.

For example, the Scottish Parliament’s Finance and Constitution Committee has confirmed in its Report on Common Frameworks: “Whatever the terms of any UK exit from the EU, common frameworks will be required over the longer term, to deliver common policy and regulatory approaches in some areas currently governed by the EU.”

However, at the same time the Scottish Government has declared its intention to reduce the level of protection for Ramsar sites in Scotland below that provided for Ramsar sites elsewhere in the UK.

If any of the four Governments are to deliver against their stated grand ambitions for the UK’s environment, they will need to match political rhetoric with effective policy initiatives and robust enforcement mechanisms, and they will need to work together and bring NGOs and responsible business along with them.

This is a joint blog written by Alistair Taylor, Senior Policy Officer, Nature Directives at the RSPB and Martin Casey, Director of Public Affairs Europe at CEMEX.