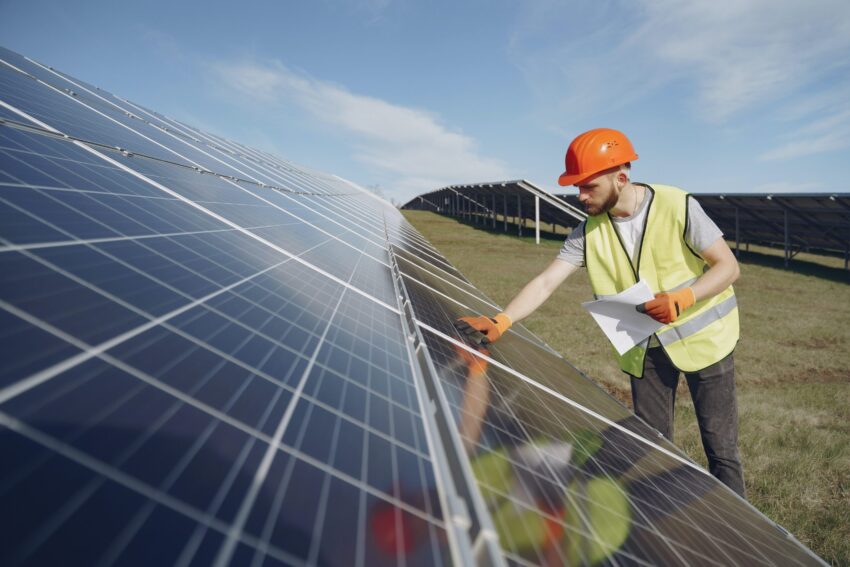 Nick Molho, Executive Director of the Aldersgate Group, argues that the government needs to urgently tackle the low carbon skills deficit if the UK is to put itself on track for net zero emissions

The transition towards a net zero emissions economy comes with a significant job creation potential. National Grid estimates, for example, that the transition to a net zero emission economy could create some 400,000 jobs in the energy sector, with 260,000 of these being new jobs. But turning this potential into concrete employment opportunities will require a significant supply of adequately skilled workers and here, there is much work to be done.

In our latest policy briefing on skills, the Aldersgate Group points out that the UK faces three key challenges when it comes to skills and employment. First, the UK has a skills shortage problem. According to a survey from the Department of Education in 2017, 67 per cent of hard-to-fill vacancies are being caused in part by a lack of skills or qualifications. A recent study from the Open University also found that 91 per cent of businesses were experiencing skill shortages.

Second, as has been well-documented in a recent report from the UK2070 Commission, the UK has a longstanding regional inequality problem. Between 1998 and 2016, London’s economy grew by 71 per cent, whereas the economies of Yorkshire and the Humber, the North East, and the West Midlands all grew at less than half this rate. This matters greatly to the low carbon agenda because we know that the transition towards a net zero emissions economy could both affect the nature of existing jobs in these regions as well as create a significant number of new jobs in these locations. Ensuring that existing and future workers in these areas are equipped with the right skills is therefore an essential part of ensuring a ‘just transition’ towards a net zero emissions economy.

Third, the onset of the coronavirus crisis has of course amplified these challenges, whilst significantly increasing rates of unemployment and in particular youth unemployment, with recent research from the Resolution Foundation estimating that an additional 600,000 18 to 24-year-olds could be pushed into unemployment by the end of the year.

If the UK is to build a thriving net zero emissions economy, it clearly needs the full support of the education system. That’s why the Aldersgate Group calls in its latest briefing for a national low carbon skills strategy based on five key pillars.

First, we believe that sustainability and the net zero goal should be fully embedded across all levels of the national curriculum, from primary through to tertiary education. This is important for future job prospects: a recent study from the World Economic Forum highlighted that out of the top ten skills required in a green economy, only three are industry specific. This has been reinforced by our own discussions with Aldersgate Group business members, who regularly tell us that many of the core low carbon skills they are looking for tend to be very similar to those required in other industry sectors. Embedding sustainability across the national curriculum should also be about tackling the lack of gender and ethnic diversity in STEM subjects, which are skills that will be increasingly key in a net zero emissions economy.

Second, to be effective, this focus on sustainability needs to be embedded across the governance of the education system. The Teach the Future Campaign found that 75 per cent of teachers feel they haven’t received adequate training to educate students about climate change. So, updating teaching standards and the Initial Teacher Training Content Framework is going to be essential to ensure that teachers across the education system are equipped with the right knowledge on climate change, biodiversity and other core environmental topics.

There’s also an important role for regulators here. Organisations such as Ofsted, which rank and assess schools and other education institutions, must be required to give a lot a more regard to the quality of sustainability teaching as part of their assessment criteria.

Third, higher and further education institutions across the country need to increasingly focus on providing their students with the low carbon skills that local employers are demanding. The Newcastle College Energy Academy is doing precisely that in the renewable energy sector, by adopting an employer partnership model which is focused on providing future generations of technicians and engineers with a vocational STEM curriculum.

Fourth, support for education institutions needs to be more regionally spread out. Funding support, research and development investment and business partnerships should be increasingly targeted to less well-funded institutions that are not located in the ‘Golden Triangle’ between Oxford, Cambridge and London. This is essential to ensure that education institutions across the country are well equipped to provide the low carbon skills required in their area. Businesses in the offshore wind sector such as Orsted, Siemens and MHI Vestas have regularly supported education institutions in the areas they operate and all provide a good precedent, which other businesses should follow.

Finally, to have an effective net zero education system, the UK needs to reform its approach to apprenticeship standards and mid-career reskilling. Apprenticeship standards do not currently require any training to be provided in terms of climate change or any other area of sustainability, which therefore limits the added value of apprenticeship schemes for the economy as a whole. This needs to be urgently rectified by requiring and incentivising businesses to provide their apprentices with core low carbon skills that go beyond a business’ immediate priorities.

When it comes to mid-career reskilling, a key challenge for those already on the job market is that many qualifications do not guarantee a job at the end of training and courses are often too long in duration for them to be practically accessible for workers, in particular those with families that depend on them. Government policy should therefore support further education institutions to develop new short-term qualifications that will make it easier for those already on the job market to transition towards employment opportunities in a net zero emissions economy.

Beyond the education system: growing the demand for low carbon skills

Tackling the low carbon skills challenge is not just about getting the education system right. Government policy also needs to focus on growing employment opportunities in a net zero emissions economy, thereby growing a visible demand for low carbon skills. And here, there are two other important levers that need to be addressed.

First, as the Aldersgate Group set out in its report ‘Building a net zero emissions economy‘, the government must put in place a comprehensive policy plan that will put the UK on a credible pathway towards its net zero target. A clear suite of policies will be essential to grow the demand for low carbon infrastructure, goods and services, with positive knock on impacts on job creation and demand for low carbon skills. This should include rapid regulatory and fiscal policy decisions to grow private investment in ‘low-regret’ areas such as buildings, surface transport, power and waste. It should also include an accelerated innovation programme to undertake large-scale trials of technologies that could be potentially critical to cut emissions in more complex parts of the economy such as heavy industry, agriculture and long-distance transport.

The other key lever is to better empower local bodies. The UK is one of the most centralised economies in Europe. Yet, local authorities and local enterprise partnerships tend to be the best placed to understand the infrastructure, employment and skills needs in their area. They are therefore very well placed to guide and support local investment and job creation. Building on the Cities and Local Government Devolution Act 2016, local bodies should be provided with greater policy autonomy as well as multi-year funding to support investment in critical local projects such as low carbon transport and energy infrastructure and the associated investment in skills development.

We also argue that creating a National Investment Bank – with a clear mandate to drive low carbon investment in parts of the country most in need of economic regeneration – and setting up a National Skills Commission to help co-ordinate the implementation of the UK’s skills strategy could both play a key role in growing low carbon supply chains across the country.

Skills provision can no longer be the missing link in the UK’s clean growth policy. It is high time for the UK to put in place a low carbon skills strategy that will deliver an education system fit for a net zero emissions economy. Sitting alongside a net zero delivery plan and greater support for local government, an ambitious skills strategy could play a key role in tackling unemployment and putting the UK on a credible pathway to building a competitive, net zero emissions economy.

Nick Molho is the Executive Director of the Aldersgate Group